Custody transfer of liquid
Fiscal metering of custody transfers are all about throughput: quantity! The quality of pipeline contents during production and/or custody transfers is often underestimated. This is despite the fact that it is becoming increasingly more important due to stronger variations in compositions around the globe and the scarce nature of oil.

Since KPS has supplied the installed base on all of the major import and export lines, KPS was selected to supply this custody transfer and fiscal metering system. The custody transfer contained a bi-directional flow through a pipe with a diameter of more than one meter. A requirement of the fiscal metering system was that the crude oil could be analysed with the highest accuracy class of the ISO 3171.

The independent certification company SGS concluded that the custody transfer / fiscal metering system had an outstanding performance in accordance with the highest accuracy class. This allows TEAM terminal to better determine the composition of the crude oil at custody transfers. Hence to better control the bill of loading, refute claims and to pay unnecessary tax loads. The KPS sampling system was capable of providing a truly representative composite sample.

Custody transfer of gas
Fiscal metering of custody transfers are all about throughput: quantity! The quality of pipeline contents during production and/or custody transfers is often underestimated. This is despite the fact that it is becoming increasingly more important due to stronger variations in compositions around the globe and the scarce nature of gas.

Custody transfer at NAM:
NAM, a 50/50 collaboration of Shell and ExxonMobil, is now the largest gas producer in the Netherlands, with an annual production of around 50 billion m³. 70 % of the gas (37 billion m³) comes from the Groningen field and the rest from various smaller fields elsewhere on the mainland and in the North Sea (15 billion m³). Gas produced by NAM covers approximately 75% of Dutch demand. A recent project at NAM was to build an automatic gas sampling system on an offshore platform for custody transfers / fiscal metering purposes.

Since KPS has an installed base on all of the major import and export lines, KPS was selected to build this custody transfer and fiscal metering system. As most gas produced today is “wet”, with contaminants and some heavy hydrocarbons that will condense and contaminate the gas stream if incorrectly handled, these contaminants needed to be maintained in equilibrium within the sample at all stages of handling so as not to have a detrimental effect on the final analysis. A requirement of the fiscal metering system was that the natural gas produced could be analysed with the highest accuracy and in accordance with the latest API 14.1 standard.

Water at upstream applications
Produced water is a fluid that has no direct commercial value but in our industry has an indirect value in some instances as it is re-injected into producing formations to enhance production. It is a fluid that is cleaned to less than I mg/l with removals of particulate to 95% of 2 microns. In looking at it, it looks like drinking water but can be 100 times cleaner. But the main point in claiming it is a unique fluid is in the make up of the water. It is normally full of soluble iron and barium to name a few solids, it is three to ten times saltier than sea water and cannot be removed from it’s environment or it changes. All tests have to be carried out in line as it cannot be transported as a fluid without change. For instance if a sample is taken and oxygen or air is allowed to mix with the sample, the iron combines with the oxygen to form iron oxide and hence the sample is flawed. Also, in many cases, the fluid contains gas and bacteria that will change the composition of the fluid when trying to take a sample to a lab to carry out tests.

Water at downstream applications
Refining crude oil by fractional distillation produces refined oils (fuels) such as Gasoline, Kerosene, Jet Fuel, Naphtha, Motor oil, etc. Many of the products, which come from this refining process, are carcinogenic and contain volatile organic compounds (VOC’s) such as benzene, toluene, ethylbenzene, and xylene. These compounds are harmful to humans/animals and when present in lakes, rivers, streams, etc, they are a major public health risk. Monitoring of aquatic environments for refined oils (fuels) is another way to provide awareness of increasing contamination so that protocols may be implemented to avoid hazardous situations.

Water intake at Dunea
Dunea is one of the largest drinking water suppliers in the Netherlands. Dunea produces and supplies around 1,2 million customers high quality and reliable drinking water in the western part of the Netherlands. A recent project at Dunea was to monitor the water intake on traces of diesel fuel coming from ships and agricultural transport heading through the river.
With KPS having an installed base of oil in water monitors at many onshore and offshore locations, KPS was selected to build this oil in water monitor for protection of the water treatment facility. A requirement of this water intake point was that the amount of diesel / fuel oil could be monitored with accuracies of a few PPB (parts per billion).

Send your e-mail and we’ll get in touch! 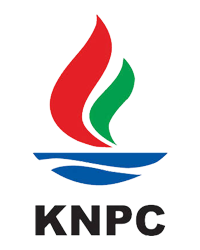 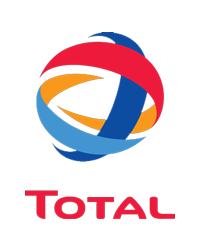 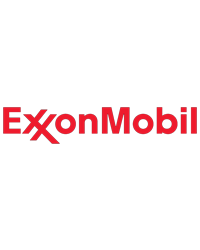 See our references
Back to top